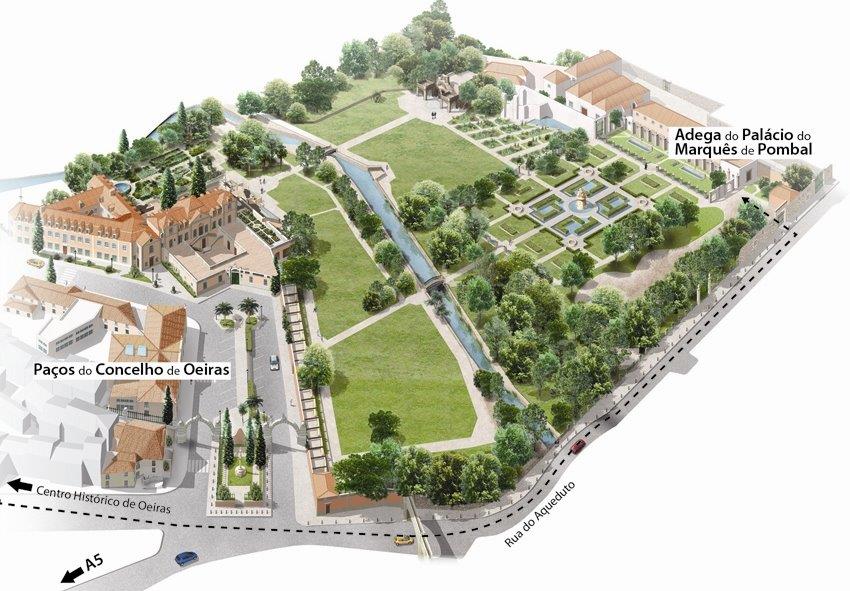 The Marquis de Pombal Palace or Palace of the Count of Oeiras is a typical 18th century Manor House.

It is located in the historic centre of Oeiras. Built by Hungarian architect Carlos Mardel in the 2nd half of the 18th century, the Palace served as the official residence of Sebastião José de Carvalho e Melo also known as count of Oeiras and Marquis of Pombal. The Palace and gardens are characterised by architectural and artistic elements (stuccoes, tiles, statues, etc.) rare and of great beauty. Gardens and palace were characterized by a strict geometrismo, in order to articulate the recreational (gardens and woods) and profitable (a country estate) aspects. In the so-called “Quinta de Baixo” there is the Palace, the gardens and the wine cellar. This farm was linked to Quinta de Cima or Quinta Grande by a central axis designated as avenue or laurels’ street. Currently “Quinta de Baixo” is owned by the municipality of Oeiras and “Quinta de Cima” is owned by the Republic Government. At this place is now fitted the INIAV (National Institute of Agrarian and Veterinary Research). All this set that includes Palace and Gardens is classified as a national monument.