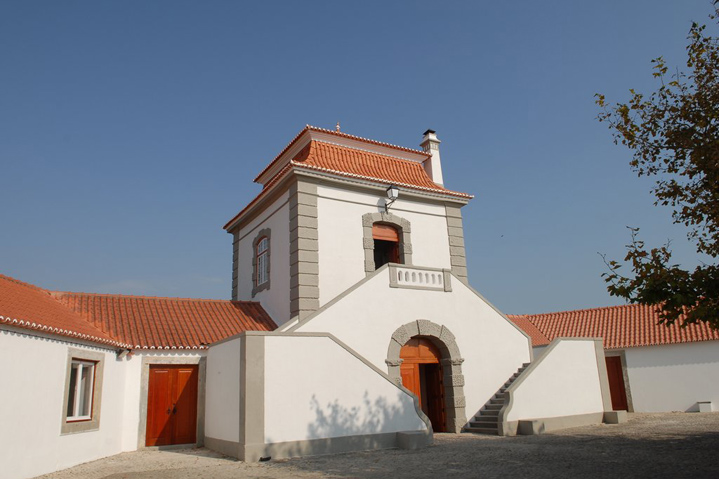 The eighteenth century building, which was originally a stable, is today dedicated to the production of the Carcavelos Wine 'Villa Oeiras', a partnership between the Oeiras Municipality and the Ministry of Agriculture (INIAV).

Overlooking the 12.5 ha vineyard, the Casal da Manteiga Winery is a restored historical site which still retains its original character. The vineyard is located at the remaing 135 of the 200 ha that constituted the Recreational Estate of the Pombal Marquises more than two and a half centuries ago.

Today its history blends the centuries old production of Carcavelos Wine, which fame is in part due to the Marquis of Pombal, with the use of modern wine making methods, looking up for excellence in the production of this precious nectar.

The Winery has an octagonal layout with a large central courtyard. The wine is produced at the north side of the building and aged at the south side, where one of the large oak barrel cellars of the 'Villa Oeiras' is located. Dividing the north and south sides is the old Marquis Hunting Lodge, which on hunting days was used for small meals and resting before returning to the Palace.